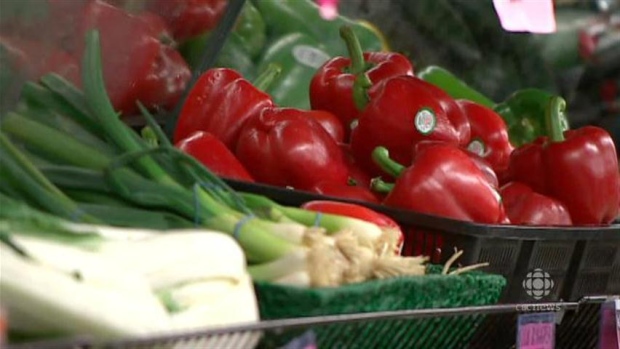 The Canadian Food Inspection Agency has yet to begin sending pesticide residue test results to organic food certification bodies for followup, despite repeatedly stating it does so, CBC News has learned.

The CFIA repeatedly told CBC News in emails, documents and in a phone interview last month that it sent the test data to certification bodies so that they could investigate the source of contamination.​

The agency now concedes the data is still being analyzed and test results have not yet been sent to the certification bodies for followup.

“We apologize for misleading you, but that wasn’t our intent,” said Ron Milito, director of the CFIA’s issues, communications and media relations unit.

“The CFIA officials clearly misled you and they were essentially trying to make it seem like they had taken followup action,” Conacher said in an interview.

“If they mislead the public or the media and get away with it, they are undermining the very integrity of government and undermining, in a very dangerous and unethical way, Canada’s democracy.”

CBC News obtained two years’ worth of pesticide residue testing data from the CFIA through a request under the Access to Information Act.

A CBC News analysis of the data revealed that 46 per cent of organic produce sampled between 2011 and 2013 contained pesticide residues.

The agency said none of the residue levels detected posed a health concern.

In its initial letter to CBC News on Nov. 13, 2013, the CFIA wrote, “The testing results for organic foods that contain pesticide residues are referred to the appropriate certification body.”

Then in an interview on Dec. 12, a spokesperson said, “We send it to our accredited certification body, who request from the operators to take corrective action.” The spokesperson repeated this point numerous times during the interview.

And on Jan. 9, the federal agency wrote, “The CFIA informs the certification body, who are required to follow up with the operator/producer to determine the source of the contamination.”

It was only after CBC News received a tip saying none of the test results had been referred to certification bodies that the CFIA acknowledged that this was the case.

The agency admitted it is still developing the “directive” and therefore none of the sample results was sent out for followup.

On Jan. 15, the agency wrote to CBC News, “The CFIA is currently analyzing the results of the pesticide residue analysis to determine precisely which CBs (certification bodies) they correspond (with) before sharing it with them.”

Conacher pointed to rules governing how public servants conduct themselves — the values and ethics code for the public sector.

“Federal public servants are required to be honest with everyone they deal with, and they are violating their values and ethics code if they are dishonest in any way,” he said.

Every federal department must have its own version of the code of conduct.

The CFIA’s code tells employees, “You must always act with honesty and integrity and in a way that does not undermine the credibility and reputation of the CFIA.”

Conacher thinks this is a case where the code was breached.

“This is a violation of that code and there should be repercussions for the people who have been dishonest,” he said.

An independent organic inspector who works for certification bodies said he was unaware the CFIA had not yet sent residue test results for followup.

“I’m quite surprised because it had always been my understanding that those adverse results were being clearly communicated and that that communication was resulting in actions,” Stuart McMillan said in an interview.

McMillan said he would welcome the test results, because it would be an extra tool he could use to make sure producers are following organic rules.

“If I saw that there had been levels of higher residues, I would very much be changing some of the approaches that I take. So I would be looking far more thoroughly at every aspect of that operation.” he said.

“Undoubtedly, I would be spending quite a few more hours on that operation.”

Pesticide test results are not the only tool available to detect when prohibited substances are used. Canada’s organic system uses annual audits and inspections. The CFIA data would be an additional source of information to ensure compliance to the regulations.

Hamm said he looks forward to receiving the pesticide testing results from the CFIA.

“The program’s relatively new,” he said. “There is expected to be some delays as they figure things out and they figure how to integrate this within their inspection programs.”

Hamm added that he is satisfied with the CFIA’s organic program and he is working with the agency to help improve it.

Meanwhile, Conacher is concerned about the way government and politicians answer questions.

“The main thing is how entrenched this kind of double-speak is in government,” he said.

“Politicians, their staff, and appointees and public servants essentially try not to answer questions in a definite way because then you can definitely be held accountable,” said Conacher.

Conacher said he hopes changes are coming now that the integrity commissioner can investigate serious breaches of the code of conduct.