No firm date for LRT completion after year-long delay

There is still no firm date for the completion of the $2.1-billion Confederation Line, which has been delayed by more than a year.

But if the Rideau Transit Group — the consortium building the 12.5-kilometre light rail system — continues to progress at its current pace, the LRT could be handed over to the city by Canada Day, said John Manconi, the city’s general manager of transportation.

Manconi delivered his monthly update on the LRT project to the finance and economic development committee on Tuesday morning. He confirmed RTG doesn’t have to provide a new completion date until May 31. Passengers would not begin riding the LRT until at least several weeks after the city takes over the LRT.

Manconi listed off a number of positive trends of the project:

The network has also been “powering down” the last couple of weekends, Manconi said, for work on the overhead electrical system.

Watson not worried about quality

Responding to an Ottawa Citizen report about problematic waterproofing in the downtown tunnel, Mayor Jim Watson said he wasn’t concerned about the quality of the project’s work.

The mayor likened the $2.1-billion undertaking to his purchase of a new semi-detached house in the west end, which also had problems that needed to be addressed. 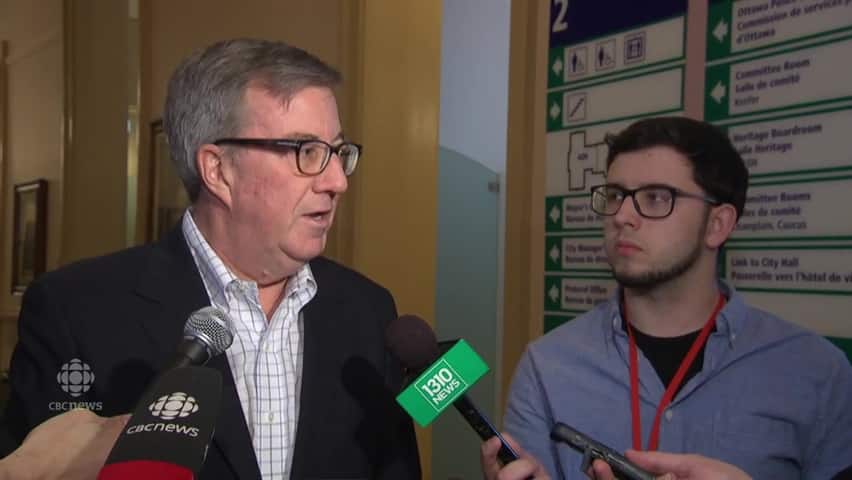 CBC News Ottawa
Watson not concerned about quality of LRT work
Mayor Jim Watson says the point of testing Ottawa’s new LRT system is to find deficiencies before the system opens to the public. 0:49

“The is a much larger scale, and there are going to be deficiencies. But the whole point of us catching these deficiencies is to correct them before the system goes into effect,” Watson told reporters after the meeting.

“We’re going to be handed over the keys to a system that is fully operational and entirely safe,” he added.

City of Ottawa believes it will have ...

Disney or Everest? Guess which one these ...