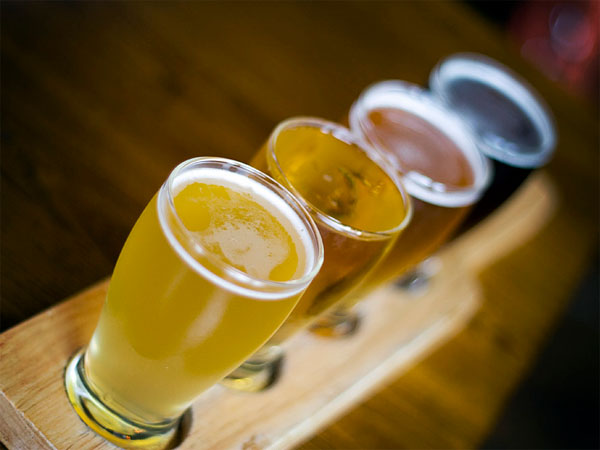 In the winter of 2013, craft beer lovers braved a possible polar vortex (the term hadn’t been popularized yet, so who knows?) to sample some tasty brews at WinterBrewed, a beer-themed Winterlude spinoff event on Sparks Street. And it was cold out. Really cold.

While the atmosphere was mostly jubilant, likely owing to the warming effects of the beer, organizers saw room for improvement. After WinterBrewed founder JP Fournier witnessed attendees drinking beer in less-than-optimal circumstances, he decided that a move to a warmer venue was necessary for 2014.

“By the end of the festival, most people were drinking beer-slushies,” said Fournier. “Which is fun, but from a craft-beer-aficionado’s perspective, serving beer outdoors in subzero temperatures doesn’t really give people an opportunity to experience it the way it’s meant to be experienced.”

This, combined with the safety and comfort implications of holding an outdoor event on a frigid day, meant that a move indoors was inevitable. So this year, local craft beer mecca The Arrow and Loon will play host to the event. And while it will certainly be warm, the move indoors presents its own challenges.

A 12,000 capacity venue The Arrow and Loon is not. That’s nearly how many people attended the event in 2013, so this year’s venue change means that there will be definitely be space constraints. To compensate, JP and company decided to hold the event over three days instead of over a single afternoon. Each day will be broken up into several three hour sessions. Attendees will be able to move freely between The Arrow and Loon and the indoor atrium space it connects to.

“With it being a more intimate setting, I think people will be able to really get to know the beers and the brewers behind them,” said Fournier.

WinterBrewed happens from February 14-16. Advanced tickets are $12, which gets you access to the session, festival glass and first sample. Fournier says that each session will have its own vibe. For example, attendees on Friday evening will be able to sample beer and chocolate together as part of some Valentines Day festivities. At the moment, other session-specific activities are still in the planning phase.

You can purchase tickets and find more details, including a full schedule of events and a list of participating breweries, at winterbrewed.com.

Beyond the Pale takes over tap at ...