Soseek Asoyan can be found at the Scott Mission in downtown Toronto twice a month, rooting around in bins for bread or bagels, picking up plastic bags filled with cans of lentils and produce.

She’s a Syrian refugee who arrived in Canada in February. Life in her new country has not been easy.

“We are not supported at all. It was difficult,” she said.

Asoyan, her husband and three children are privately sponsored — jointly by the Armenian Community Centre in Toronto and an individual sponsor.

‘We are alone, and we struggle still.’ – Soseek Asoyan, Syrian refugee

​Asoyan said her sponsor warned her before she came to Canada that he could not provide financial support. She would have to pay her own way.

She and her husband collected money from relatives and friends and came to Canada anyway.

“I didn’t have the choice to refuse it,” she said. “Accepting was very difficult, but I had to accept it. It was a chance for me.”

The family of five lived in a hotel when they first got to Canada. Now, they share an apartment.

“When we come here, we didn’t expect we get any kind of help, and, unfortunately, that was the ugly truth,” she said. “So, we are alone, and we struggle still.”

Asoyan’s family is among the increasing number of Syrian refugees seeking help at the Scott Mission and other food banks across the country.

‘Eight families came in in one week, and seven of them were Syrians.’ – Lois Markovic, Scott Mission

“Eight families came in in one week, and seven of them were Syrians,” said Lois Markovic, who is in charge of the Scott Mission’s programs for women and families.

Demand is growing for food banks and the organizations that supply them.

From February to March, Daily Bread, which supplies its own food bank and 200 other food programs in Toronto, including the Scott Mission, saw a 20 per cent jump in the number of clients using its services. 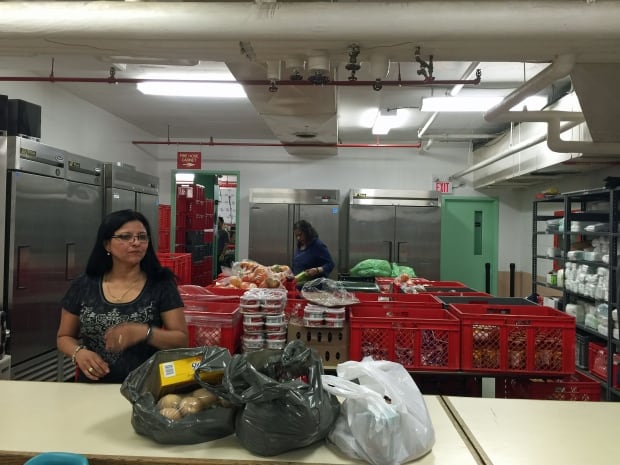 The increased demand for food banks is showing up in many of the urban centres that have accepted refugees, including Vancouver and Halifax. (Carla Turner/CBC)

It was the largest increase in recent memory, said head of research Richard Matern, and most of it was because of the influx of Syrian refugees.

“We are being overwhelmed at the moment,” he said.

Across the country in the Vancouver suburb of Surrey, more than 700 government-sponsored refugees have used the local food bank since February. 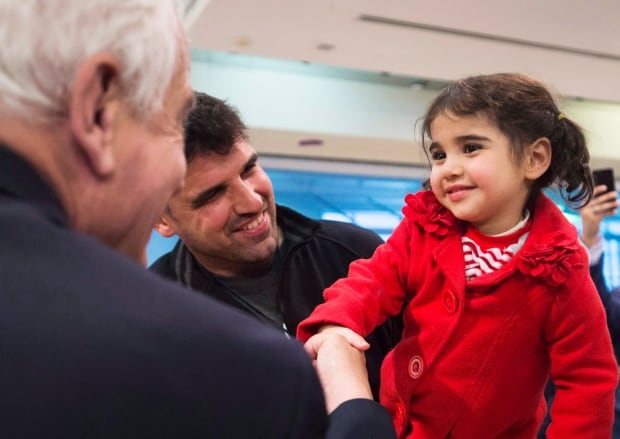 Syrian refugees got a warm welcome when they arrived in Canada, including from political leaders such as Immigration Minister John McCallum, above, but a few months into their stay, some are finding it hard to get by on the government funding they receive, which is about equivalent to social assistance. (Nathan Denette/Canadian Press)

“We are challenged, for sure,” said Feezah Jaffer, director of external relations at the Surrey Food Bank.

After all, both private and government-assisted newcomers live on income levels roughly equal to social assistance.

But few expected so many refugees to be relying on their services so soon after arriving in Canada.

Asoyan hopes her own family’s circumstances will turn around soon. Her husband, a goldsmith in Syria, is looking for work, she said.

“Hopefully, we will find a job, and things will go better for us,” she said.

‘I don’t have money to help them.’ – Sarkis Shaninian, private sponsor

Under federal guidelines, private sponsors are legally required to cover the cost of food, rent and other living expenses for up to a year, a minimum of roughly $27,000 for a family of four, according to government estimates.

But in Asoyan’s case, her family’s sponsor, Sarkis Shaninian, is unemployed.

He had a job when he signed up to sponsor the family but has been without work for three months.

“Money, I don’t have money to help them, no,” he said in an interview with CBC News.

He does provide other support, he says, such as driving the family to appointments and helping them find work.

“I take them everywhere,” he said. “I work like taxi.”

While the Armenian Community Centre oversees the resettlement of Armenian-Syrian refugees in Toronto, it leaves most of the day-to-day details to individual sponsors.

“It is his responsibility,” said Apkar Mirakian, who heads the centre’s resettlement program. “We specifically have a contract. [We] told him step by step what is involved in sponsoring.” 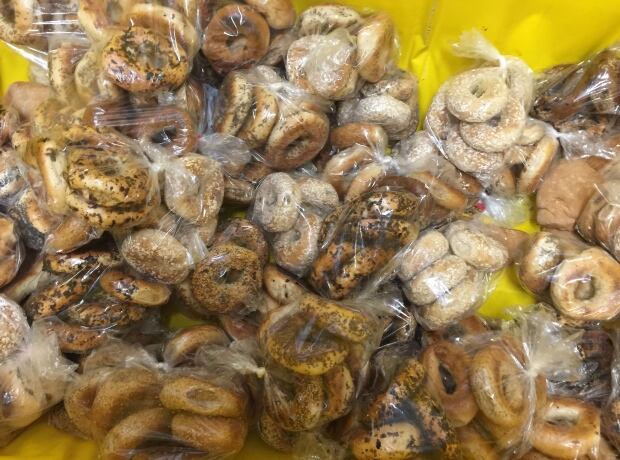 With Syrian refugees still arriving in the country and thousands more expected by the end of the year, food banks expect the need for their services will continue. (Carla Turner/CBC)

Markovic says Asoyan’s is not the first case of a troubled private sponsorship that she has seen.

“We saw two families in one apartment,” she said. “So now, the family that is doing the sponsoring has to care for this family. And I think they’ve had some challenges there. The family that they sponsored needs the food bank.”

The Scott Mission and other food banks expect that Syrian families will continue to show up on their doorsteps for some time yet. At last count, 26,921 Syrian refugees had arrived in Canada since last November, and thousands more whose applications are still being processed are expected to arrive by the end of this year.