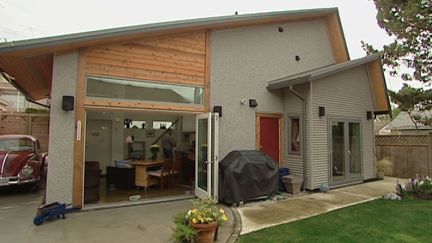 Vancouver is outranked only by Hong Kong in a survey of least affordable housing markets. CBC

Vancouver ranks second only to Hong Kong in having the least affordable housing, according to Demographia’s 10th annual survey of 360 housing markets in nine Western countries.

The survey divided median housing prices in Australia, Canada, Hong Kong, Ireland, Japan, New Zealand, Singapore, the U.K. and the U.S. against median gross household income to come up with its ratings.

Headhunter Craig Hemer says the high cost of housing could affect some people’s decision to move to Vancouver for work.

“If you’re living in a five-bedroom home in one part of the country and coming here and bringing your family and expecting to live within the city, costs go up exponentially. And it’s a bit of a sticker shock.”

Hemer says companies will have to keep a close eye on housing affordability if they want to keep attracting executives to Vancouver.

“Will they have to adjust or change, provide greater incentives, provide housing allowances that offset some of these differentials? Those are strategies that are used periodically now, that might increase,” says Hemer.

But UBC business professor Tsur Somerville says the high cost of housing in Vancouver may not be a bad thing.

“If you’ve got the most attractive city in the world, it should have the highest price-to-income ratio,” says Somerville.

“The amenities both force up the house prices because people want to be there and they lower the incomes because employers can get away with paying less.”

Meanwhile, the problem of housing affordability is not unique to Vancouver.

Canada’s major metropolitan markets all have a rating of “severely unaffordable,” and the report listed Canadian housing as the most overvalued among 20 OECD nations.

In addition to Vancouver, the three least affordable metropolitan markets in Canada were all in British Columbia: Victoria, Kelowna and the Fraser Valley.

The country’s most affordable markets were Moncton and Saint John in New Brunswick.

However, when major markets are excluded, Canada’s overall housing was rated only “moderately unaffordable,” outperforming Australia, New Zealand, Hong Kong and the U.K., where housing prices were all higher.

The report cites London, Vancouver and the U.S. West Coast as prime examples of this trend.

“Detached housing, which is preferred in Canada,” it says, “now requires more than 80 per cent of median household income, 2½ times the 32 per cent recommended by Canada Mortgage and Housing for mortgage eligibility.”