Just a few weeks into the federal election, it’s fair to say this campaign will see a dramatic rise in participation by indigenous voters.

Already there are more than 40 First Nation, Métis or Inuit candidates seeking mainstream party nominations and a handful of ridings where all of the candidates are indigenous.

As well, the main parties are making prominent political promises to First Nations, and there is much loud encouragement by the Assembly of First Nations, the Native Women’s Association, and the Congress of Aboriginal Peoples, among others, to get out the vote.

This represents a paradigm shift.

From the earliest days surrounding the introduction of voting, First Nation reaction has generally oscillated between apathy and outright hostility.

The first real attempt to convince First Nations peoples to vote was led by prime minister John A. Macdonald in 1885 when he spearheaded the Electoral Franchise Act, which applied to Indians in Ontario, Quebec and the Maritimes. (Those in the North and West were excluded as unfit.)

At the time, “civilization” was actually a requirement to vote: First Nations people were not forced to renounce status or treaty rights in the 1885 legislation, but they were obligated to hold property in fee simple and demonstrate that they had “improved” that property.

The legislation was repealed in 1898, as was the Indian vote.

It took another sixty years before the second attempt at the federal level. In 1960 John Diefenbaker extended the franchise to status Indians, an accompaniment to his Bill of Rights.

And like Macdonald, Diefenbaker had an underlying civilizing impulse, in his case, hoping First Nations peoples would consider themselves individuals within Canada.

For the Conservative leader, the franchise was about equality as much as it was an inducement to eschew the collective rights, land claims and self-government that many were vocally pursuing at the time.

Both of these not-so-subtle efforts at integration were apparent to First Nations and they reacted in kind. 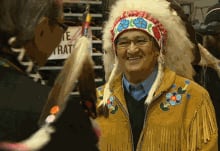 The 1885 legislation was met with fears of imposed Canadian citizenship and the 1960 law sparked protests across the country to protect First Nation sovereignty.

Later, even national chiefs of the Assembly of First Nations, like Georges Erasmus and Ovide Mercredi, questioned the utility of voting.

By 1996, the Royal Commission on Aboriginal Peoples bluntly noted that First Nations people view Canada’s electoral system as “inherently ineffective” and that First Nations are instead “seeking nation-to-nation political relations which can’t be achieved by representation in Canadian political institutions.”

Throughout Canada’s modern history there have been few government’s more hostile to indigneous concerns than the three led by Stephen Harper.

Nearly every piece of legislation affecting First Nations, from the Financial Transparency Act to matrimonial real property legislation and even the Safe Water Act has been passed unilaterally, without serious consultation.

‘There is a widely held sentiment that First Nations must do what they can to oust Harper,’ says Hayden King. (Youtube)

As well, criminal justice laws have led to rising incarceration rates, environmental policy has eroded treaty rights, funding for everything from political advocacy to healing foundations and homeless shelters has been dramatically cut, the Idle No More movement was ignored, and the response to missing and murdered indigenous women and girls has been essentially to blame indigenous men.

There is a widely held sentiment that First Nations must do what they can to oust Harper.

As the Grand Chief of the Assembly of Manitoba Chiefs, Derek Nepinak, recently said: “We can mitigate the damages by voting for a different government.”

For the first time in the country’s history, it appears (some) interests may be aligned.

There is probably no group in Canada more political than First Nations.

Direct action, legal battles, media activism are all common features of the average First Nation life. And while there are thousands of “unofficial” leaders in communities, a perpetual challenge is advocacy at the federal level. 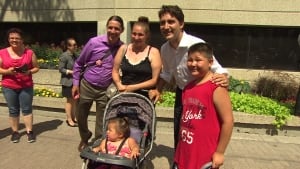 The Indian Act has constricted band council governments to local affairs. Meanwhile the AFN has been struggling with an ongoing renewal campaign to make the organization representative of grassroots people.

Historically, there have been two broad First Nation views on the relationship with Canada.

First, there is the nationalist perspective, which considers First Nations sovereign, with self-determination pre-dating Canada, and rejecting Canadian legal and economic orders as fundamentally violent for truncating the practices of nationhood.

The second, more liberal approach considers a place for First Nations peoples within Canada, a place that would allow them to relate to governments as nations but largely as individuals, with parliamentary and judicial institutions considered appropriate sites of change.

While the nationalist approach has generally dominated First Nations history, and reflects the no-vote sentiment of yore, the new pro-vote push may be indicative of changing political values.

For example, the majority of First Nations people now live in cities and have many reasons to vote that are unrelated to rights and title.

Finally, the partisan diversity of those First Nations’ champions-of-the-vote suggests a trending individualistic (as opposed to collective) political outlook.

These three broad explanations are not meant to be exclusive. It may be that shades of each blend into the new pro-vote paradigm. Or, that First Nations are simply, finally, becoming familiar with the idea of voting (it’s only been a few decades, after all).

But until now, First Nations have never neatly fit into the Canadian political spectrum.

If either the Liberals and/or New Democrats do indeed form the next government and honour their campaign promises, there may be all the more incentive to participate in Canadian electoral and party politics.

It could represent, at least in part, the previously unimaginable and odd future that Macdonald and Diefenbaker originally envisioned.