Advice on a successful marriage was thrown around like rice at Ottawa’s Notre Dame Cathedral Basilica on Sunday, where around 140 couples renewed their vows.

Here are some of their stories: 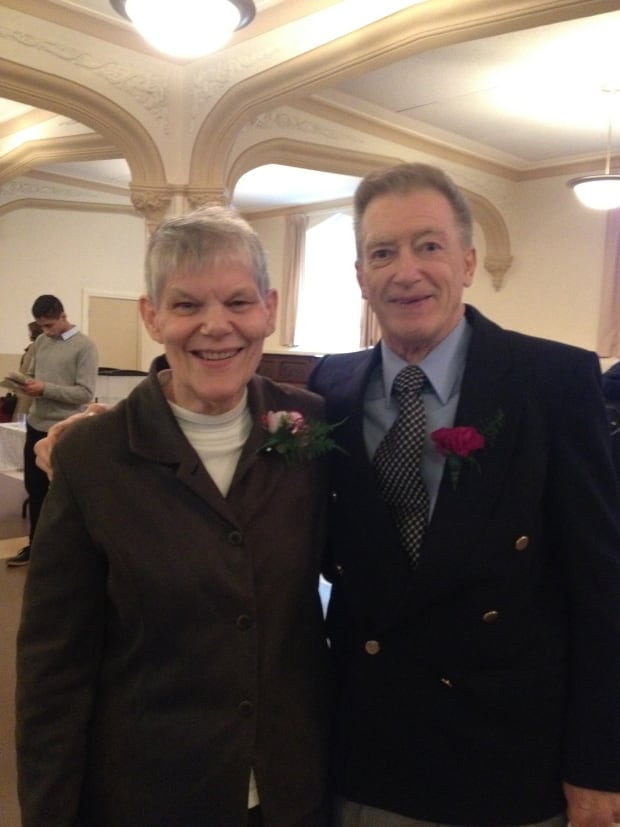 Louise: “We actually write a love letter to each other every day of our married life. We learned to do this the first year we were married.”

Dick: “We haven’t missed a day in 39 years in February. People ask ‘How can you write a good letter every day?’ You can’t, but it’s called a ’10 and 10′ — you write for at least 10 [minutes] and you don’t share for more than 10, that just gives us time each day to reconnect and remember who we are and who we are to each other.”

“I met her 43 years ago on a square dance floor. I had just come to Ottawa from Alberta and I was pretty lonely. I saw Louise in that yellow dress with the little fancy embroidered holes and her smile that made me feel jump-jump-jumpy with excitement.”

Louise: “I remember Dick. I didn’t like him because he came from out west and he twirled in a different way.”

Louise: “But one day we went out together and we were hooked forever. If I had to start all over again I would start with my husband Dick.” 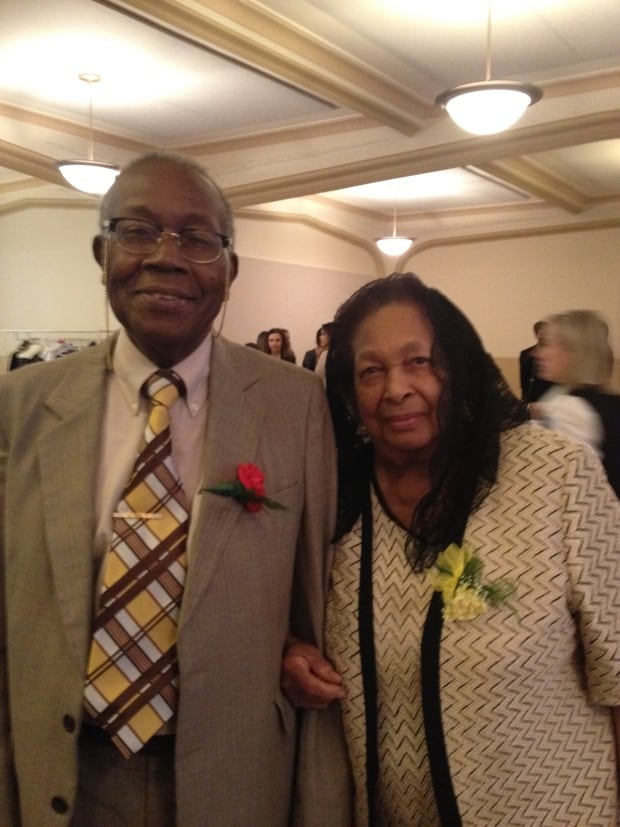 Joseph: “I’m from the country of Trinidad and Tobago in the Caribbean, my wife is from Saint Lucia. We met when I went to Saint Lucia… we exchanged letters and eventually it happened.”

Glovanna: “I wrote to the priest in Trinidad and Tobago about him and the priest said ‘Do not be afraid, he’s an excellent young man. Go right ahead.’ So that’s why I went right ahead.”

“My father said ‘marriage is like a bed of roses but don’t let the thorns prick.’ You have to forgive, you have to love each other, you have to understand each other and that’s what marriage is. And don’t let the sun go down on your anger. Before he goes to bed at night he kisses me and says ‘I love you.’ Every single night. In the morning he does the same thing, ‘I love you.’ We’ve been together and I hope God will give us many more years together.”

Alison Milito (second from left) was celebrating her 20th wedding anniversary with her husband Mike (left) at the same time as her parents Richard and Maureen Clark celebrated their 60th. (Jessa Runciman/CBC)

Mike Milito, celebrating his 20th anniversary with his wife Alison:

“We were actually in the same high school and didn’t know each other, it was a big high school and I guess I wasn’t as popular as she was, but I’d heard of her. So we knew each other, after we both did our undergrads I guess within a year or so I proposed and we got married a year after that. It didn’t take long.”

Maureen Clark, celebrating her 60th anniversary with her husband Richard:

“We saw Bill Haley and the Comets three times one weekend when he came to the Chaudiè​re [Club, in Gatineau], we liked to go out and have a good time… Anybody who was married five years when we got married, I thought they were ancient. Looks like we made it.”