An avid cyclist from Victoria, B.C., who uses a GPS tracking app called Strava to “draw” pictures while he bikes is in Ottawa this week to create a city-sized doodle. 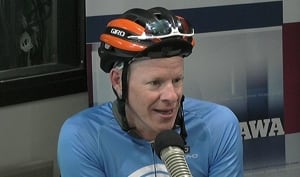 Stephen Lund is in Ottawa this week to create some GPS doodles. (CBC)

His pictures run the gamut, from giraffes and seahorses to dinosaurs and Santa Claus, mermaids and unicorns. His oeuvre even extends to the risqué.

“Interesting story. I had a lot of requests to draw genitals and I thought that was rather crude, so I thought I’d better give it some context. I said, ‘If I ever do genitals, I would do it on the statue of David.’ And ultimately, I did,” said Stephen Lund on CBC Radio’s Ottawa Morning Tuesday.

Lund — nicknamed “Cycleangelo” by his admirers — is in Ottawa to create a special work of physical/digital art in collaboration with the Canadian Association of Optometrists, to promote the importance of eye exams to overall health.

It’s a figure based on the famous Leonardo Da Vinci drawing called the Vitruvian Man. The figure’s head sits near Parliament Hill and the torso near Carleton University, with its arms outstretched to the east and west.

“So it covers a fair chunk of the city. … It’ll be a little slower-going than usual because it’s a brand-new city for me and I don’t want to make any wrong turns. If you make a wrong turn with a GPS drawing, you have to go back to the start,” Lund said.

Before he started he said he thought it would take him about six hours to complete.

Lund plans the routes in advance using a map, and writes himself a series of directions to follow while he’s cycling.

“I wish I could say I free-hand these, but it is all about the planning ahead of time,” he said.

Still, these are pretty cool.

Check out some of Lund’s older designs 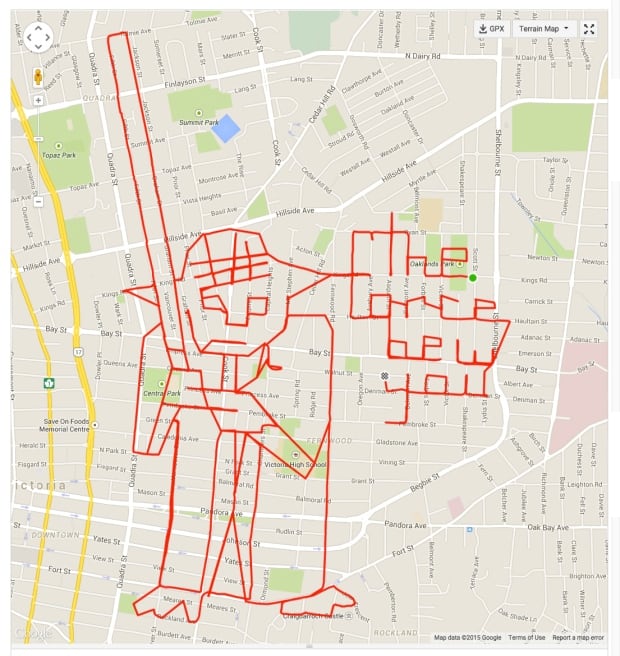 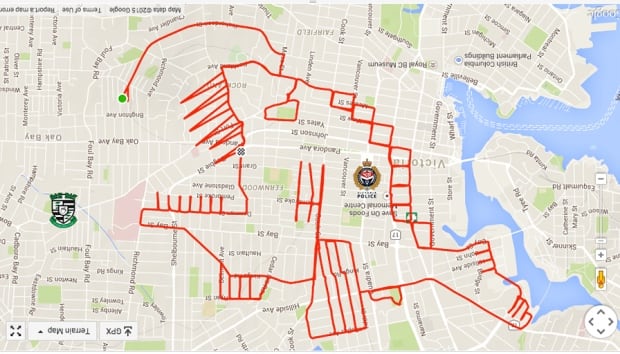 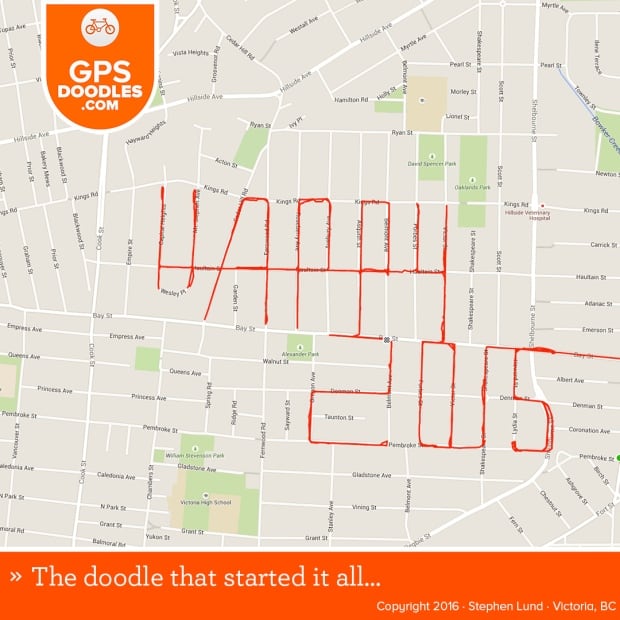 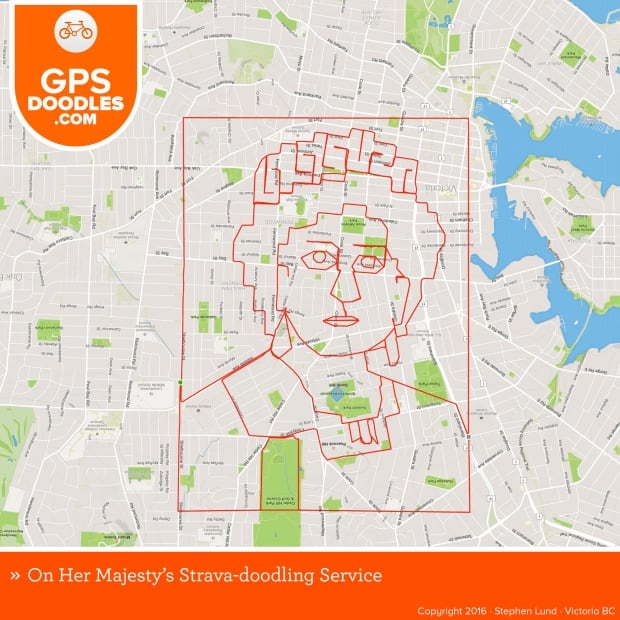