He was still getting settled with his pregnant wife and two kids when a CF-100 jet from the base crashed into a convent in Orléans, causing an explosion and fire that killed 13 people on the ground and two of his peers. 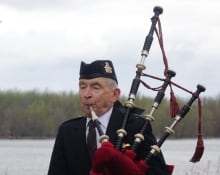 Mo Aller flew CF-100 jets out of the Uplands air force base, where he had just moved days before the crash. (Andrew Foote/CBC)

After playing his bagpipes at a ceremony on Sunday to mark the 60th anniversary of the crash, the 86-year-old said he still thinks about what may have gone wrong.

“If they had an in-flight problem with the aircraft they certainly would have radioed… or if it was something they couldn’t handle they could have ejected,” he said.

“For an aircraft to go in like that, at night, and just hit this place is just unbelievable. It’s a terrible accumulation of coincidences.” 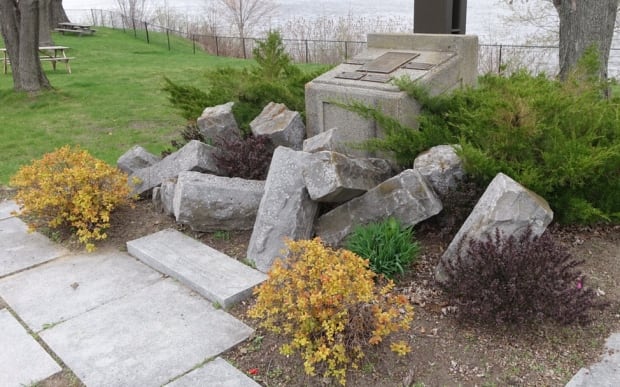 The crash’s 15 victims are represented at the memorial on a plaque and by 15 pieces of stone from the former convent. (Andrew Foote/CBC)

The post-crash investigation came back inconclusive.

“When the aircraft hit at that speed and given the explosion that followed, there wouldn’t have been a whole lot left,”  said Canadian War Museum historian  Andrew Burtch, who grew up a 15-minute walk from the crash site.

“There wasn’t anything like a black box that would give any clear indication of what happened. The real knowledge of what happened rests with those two flying officers who were killed in the crash.” 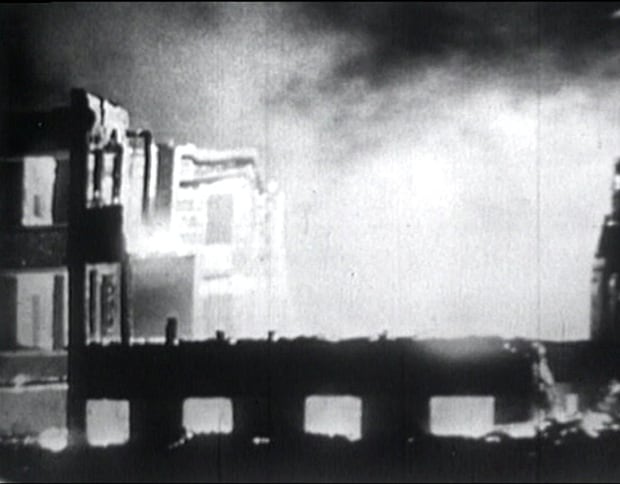 Flames engulf the Villa St. Louis convent in Orléans after the crash. (CBC)

Burtch said the jets had been dispatched to check out an unidentified aircraft, which wasn’t uncommon during the Cold War.

The aircraft turned out to be a transport plane that was ahead of schedule on its flight plan.

“This took place in the context of an air defence mission during a period where the skies were being very anxiously watched for any sign of possible Soviet incursion over Canadian airspace as an early warning of a possible nuclear attack,” said Burtch.

Burtch said it’s a tragic chapter in the history of both the community and the Cold War, which was echoed by Air Force veteran and Orléans resident Gilbert DesBecquets after the ceremony.

Gilbert DesBecquets said he was thinking of fellow Air Force personnel who died during the Cold War during Sunday’s ceremony. (Andrew Foote/CBC)

“The [nuns] had a big role in [the development of Orléans], they are the ones who owned the land here, who employed a lot of people in their farming areas,” he said.

“It’s important that the people of Orléans, because there are few people that are actually from Orléans but [rather] they move into Orleans, remember a bit of the past, a significant event in the life of this community which we all love.”

A new building went up on the convent site in 1965.

It became a hospice the next year and today is a long-term care home called Saint-Louis Residence run by Bruyère Continuing Care.​