The fee to use a powerboat with a hefty motor in Val-des-Monts lakes with public docks has jumped to a whopping $120 per day — except for residents of the municipality, who are only subject to a $60 fee per year.

The cost used to be $150 per season for non-residents to launch boats with motors that are more than 100 horsepower, while it was free for residents.

The new fees, which vary depending on the size of the motor, fall in line with other municipalities, he said.

Bergeron said the move was not meant to keep those who don’t live in Val-des-Monts off the municipality’s more than 120 lakes. Only Lake McGregor and Lake Saint-Pierre have public docks. 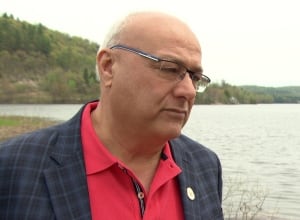 Claude Bergeron is a councillor in Val-des-Monts. (CBC)

“We’re not chasing them away, we’re aiming to control boating to protect the water quality of our lakes for future generations,” he said, adding that residents complained they could barely use lakes with public docks on weekends because there were too many boats.

Bergeron emphasized that it’s free for everyone to use non-motorized boats, and minimal for powerboats that use 10 horsepower or less ($5 annually for residents, $10 per day for non-residents).

Brian Hepburn said weekends bring in lots of boaters to Lake McGregor, which can be unsafe. The $60 per year fee is not ideal, but he’s willing to pay it for a better boating experience.

“As a cottager on the lake, I’m happy because I think it will reduce some of the traffic,” he said.

The municipality had “good intentions” to protect the lakes, added Val-des-Monts resident Luc Lanoix, but he wondered if it would limit the number of tourists and boaters who aren’t well-off financially.