Jennifer Lajoy stands in the prisoner’s box, looking like she wants to cry. Or maybe scream.

For the fourth day in a row the 45-year-old from Smiths Falls, Ont., has been escorted from her cell at Ottawa’s Innes Road jail, her hands and feet shackled, then loaded into a police van for the 90-minute journey to bail court in Perth, Ont. She’s escorted by two OPP officers, making for a costly road trip.

In Perth, things don’t go Lajoy’s way. Her bail hearing delayed again, she faces at least another week in jail. Charged in January with robbery with a weapon, her trial could be months away.

Provincial statistics show that about two-thirds of the inmates in Ontario jails are awaiting trial. They’re on remand, meaning they haven’t been convicted. 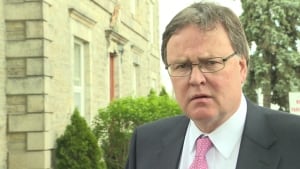 But some defence lawyers, prisoner advocates and researchers say many of those inmates should be out on bail rather than behind bars, living in the community under court-imposed conditions, with proper social supports and programs to deal with common problems such as addiction and mental health issues.

Lajoy’s lawyer, Jeff Langevin, says like many people in her situation, his client is having trouble finding an appropriate surety to help her stick to her bail conditions.

“One of the big issues is around surety,” agreed Bryonie Baxter, executive director of the Elizabeth Fry Society of Ottawa.

“We do demand sureties at an alarming rate. We do so in a way that disproportionately disadvantages those who are already disadvantaged by the criminal justice system. That is, people who are poor, people who live in remote areas, people who can’t get a bus to appear in court.”

That’s exactly what happened in Lajoy’s case. Her surety was unable to find a ride to court in Perth three days in a row.

“All the forward steps I’ve made, everything is halted because I can’t go home and continue my progress of being clean and healthy,” said Lajoy, who has a drug addiction. She spoke to CBC by phone from the Ottawa-Carleton Detention Centre.

Securing an appropriate surety is not the only issue keeping some inmates in limbo, according to Langevin. The courts are also applying increasingly strict bail conditions, he said. 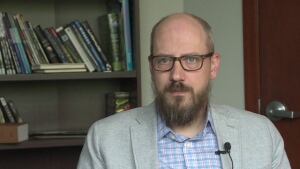 Michael Spratt is a criminal defence lawyer in Ottawa. (CBC)

A recent study by the Canadian Civil Liberties Association noted the national remand rate has nearly tripled in the past 30 years, but not in response to any increase in crime rates.

“The violent crime rate is at its lowest rate since 1987,” according to the report. “In 2012, property offences and other non-violent criminal code offences, such as breaching court orders or mischief accounted for 79 per cent of police reported crimes.”

‘There’s been a creep’

“There’s been a creep,” said Michael Spratt, an Ottawa criminal defence lawyer. “Police, Crowns and judges really default to incarcerating people or releasing people with very strict conditions, when probably that’s not the most cost-effective way to do things, and it’s certainly not a method that increases public safety.”

‘That’s not the most cost-effective way to do things, and it’s certainly not a method that increases public safety.’
– Michael Spratt, criminal defence lawyer

Spratt pointed to several changes over the past decade, including the replacement of regional jails with so-called super jails, mandatory minimum sentences and the creation of a reverse-onus bail system. Combined, these factors have led to “exploding numbers of individuals in custody,” Spratt said.

Spratt and others advocates for bail reform want the courts to speed up the process for people accused of non-violent offences, property crimes or administrative violations such as breaking curfew.

Both Spratt and Langevin said onerous bail conditions set their clients up to fail, making a return to jail virtually inevitable. That’s exacerbated by the fact that many inmates are made vulnerable by mental health issues or addictions, and find day-to-day life hard enough without having to adhere to court-imposed conditions, the lawyers said.

Then there’s the reverse-onus system, under which inmates must prove their suitability for release on bail, rather than the Crown being required to demonstrate why they should remain in custody.

“People have accepted the notion, if you’ve been accused of something, there’s no smoke without fire. And we really have to get back to the time that people are innocent until proven guilty and should be found so under the law,” said the Elizabeth Fry Society’s Bryonie Baxter.

There’s also a practical advantage to bail reform, Baxter said: “It’s way, way cheaper for them to be served with appropriate supports in the community than to be jailed.”

According to a 2016 pre-budget submission from the John Howard Society, it costs $217 per day to jail an inmate in Ontario, versus about $5 daily to monitor them out on bail. 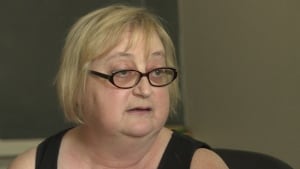 Bryonie Baxter is executive director of the Elizabeth Fry Society of Ottawa. (CBC)

No Crown attorneys were granted permission to answer the CBC’s questions about bail conditions. In a statement, the office of the ministry of the attorney general wrote that Crown lawyers consider the safety of the public as well as the rights of the accused when proposing bail conditions.

“The Ministry has every confidence that Crown counsel undertake their bail responsibilities in a professional, fair, and effective manner.”

Baxter sits on a task force set up by the minister of community safety and correctional services to look into issues at the Ottawa-Carleton Detention Centre.

The task force presents its action plan later this week. Baxter said fixing the broken bail system should be one of the priorities.

In another statement, Ontario’s attorney general’s office wrote it’s “committed to developing a comprehensive strategy to address systemic challenges related to bail, sureties and remand, and that work is well underway.”

Any change must be achieved in partnership with the federal government, the attorney general’s office said.

On Monday, Jennifer Lajoy expects to be back in court in Perth for yet another bail hearing.

“I know we’re bad. I know we’ve been bad,” she said. “That’s jail, that’s why we’re in here. We’re human. We’re not animals in a cage and that’s sometimes how I feel here.” 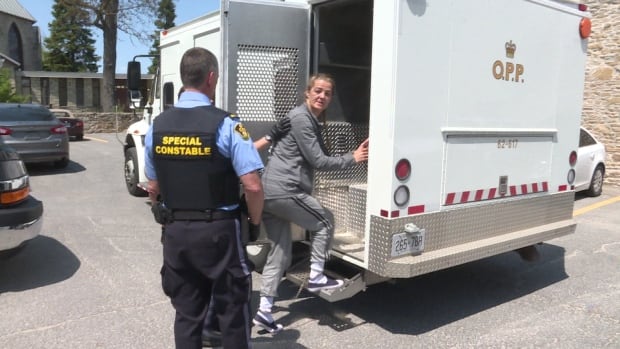 Jennifer Lajoy boards a police van outside the court house in Perth, Ont., to be transported back to the Ottawa-Carleton Detention Centre. (CBC)