A new program is being launched today to support a growing number of human trafficking victims as they exit the sex trade and begin to forge new lives in eastern Ontario. 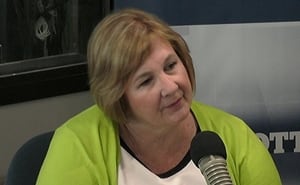 Human trafficking is a growing crime in the region and there’s more need to support victims transitioning out of that life, according to Cynthia Bland, Voice Found’s CEO.

“Most of the people that we’re working with currently are ones that have perhaps had … initial care, but then it’s keeping them safe and also keeping them motivated and surrounding them with the help that they need to really build a new life,” Bland told CBC Radio’s Ottawa Morning on Monday.

“There’s so much shame attached to having been trafficked, and so what our goal is is to really help them to move forward.”

After years of being given a roof over their heads, food and illegal drugs, some victims find it difficult to provide for themselves as they transition, which can make it tempting to return to their former lives.

The shame of having been trafficked in the first place, and low self-esteem, can also make some people more prone to relapsing.

“When you’ve been spending your time manipulated — and it is a mind and emotional manipulation — you get to a place where you believe that you really are not worthy. You’re a commodity being sold, and so there is shame attached to that and trauma. And of course we’re dealing with addictions as well, so there are different layers of trauma and how it’s manifesting itself,” Bland said.

Women, youths, and even some men are victims of trafficking, Bland said. It happens in hotel and motel rooms, but also in houses and condos.

A big part of the program will be peer support from people who themselves have experience with similar traumas.

During Bland’s own experience dealing with the sexual abuse she suffered as a child, her greatest support came from other women who had gone through the same thing. She said she was inspired to start a program to provide that same kind of “incredibly powerful” peer support.

“I understand and I can relate to the shame. And I can understand and relate to addiction. I was a coke addict. I have a number of mental health issues as a result of trauma, including panic disorder and depression,” Bland said.

“We find our voice and we discover that we’re not alone and there are other people who have been through it. As horrible as it is, there are also gifts that come from it.”