Federal workers are calling on the new Liberal government to negotiate fairly and quickly.

The Public Service Alliance of Canada and Treasury Board negotiators are set to get back to the bargaining table in a couple of weeks, but in some cases, contract negotiations between the government and its unions have been going on for more than two years.

For its part, the federal government has said it is committed to restoring fair and balanced labour laws and it has already acted to repeal some of the previous, Conservative government’s legislation that unions said affected the rights of workers.

At a rally in Ottawa on Wednesday, public servants had some thoughts on how things are going.

Diane Ouellet, a worker at Immigration, Refugees and Citizenship Canada 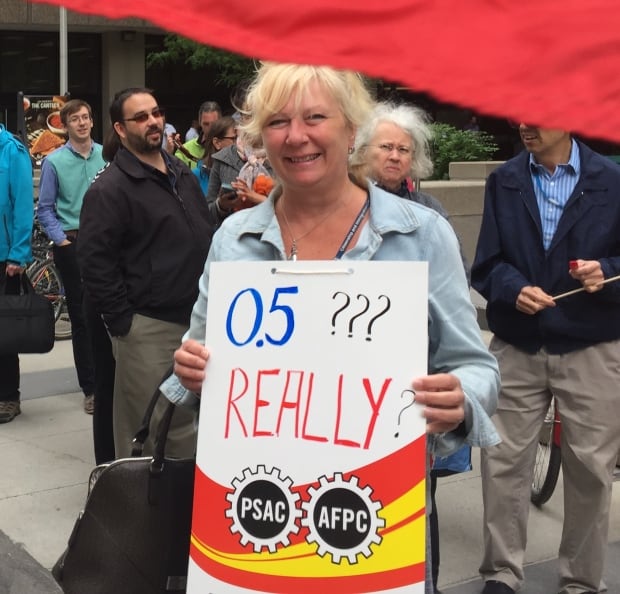 Diane Ouellet said the big issue for her at the bargaining table is sick leave — something that’s been a contentious issue for unions for more than a year.

The Conservatives had planned to impose a new sick leave program on the public service to save a billion dollars.

“It’s not fair if they want to take away our sick leave and we go out these insurance plans we’ll never get paid,” said Ouellet at a noontime rally in Ottawa.

“I think people are getting fed up with the negotiations that are going nowhere. So this is why we’re out to support our union and hopefully something is going to happen.” 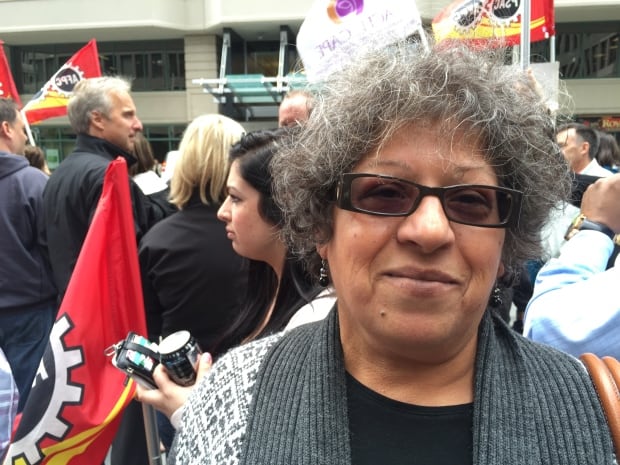 “I came out today for many reasons. First of all, the perception that we don’t work hard is wrong. I’ve been with the government, a public servant for 15 years. I’m always busy, crazy busy and I saw 15 years ago to today the things we have been losing,” said Katz.

“For instance severance pay is gone, a lot of things have changed for us. We’re doing, each and every one of us is doing job of 2 people, same pay.” 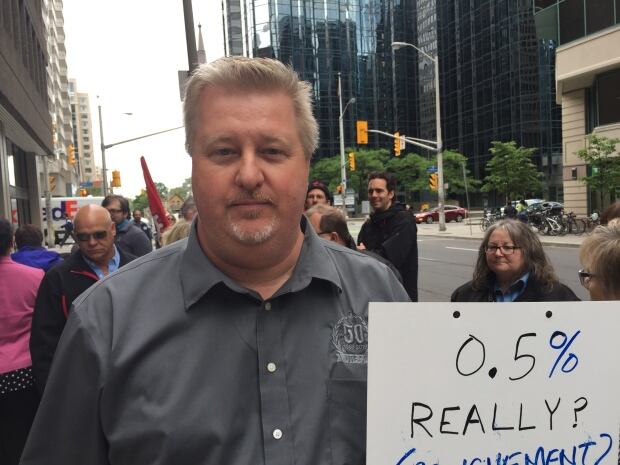 The union says the government is offering them a .05 per cent increase in wages over the next three years, an offer that doesn’t sit well with many workers.

“We wanted to send a clear message to the federal government that their offer is insulting at the bargaining table,” said Briere.

“The Liberals have kept promises, repealing some of worst bills the Conservatives introduced, but you know, at the end of the day, show us the money, show us the sunny ways and if you’re respecting public servants, you should offer them a decent offer at the bargaining table, that’s where it starts.” 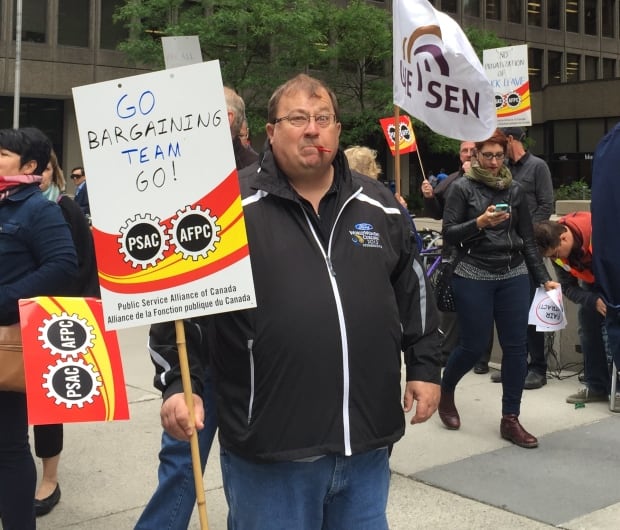 “We’re not going to take this no bargaining and the Conservative crap they have been offering. They want to take away things in the collective agreement that have been there for 40 years,” said Krokosh.