Ottawa woman hospitalized after being struck by personal watercraft

A 26-year-old Ottawa woman suffered life-threatening injuries after a personal watercraft struck her on Sunday near Bouchette, Que., about 100 kilometres north of Gatineau.

The woman was one of seven or eight people from Ottawa on a large inflatable party island floating down the Gatineau River on Sunday evening.

Police said two people in personal watercrafts approached them on the water near Patry Island, and a couple of people climbed aboard the watercraft as passengers, according to Marc Tessier with the Sûreté du Québec.

One of the watercraft drivers then did a maneuver to splash the group on the floating island. It was during a second attempt at this that the vehicle struck the woman, Tessier said. 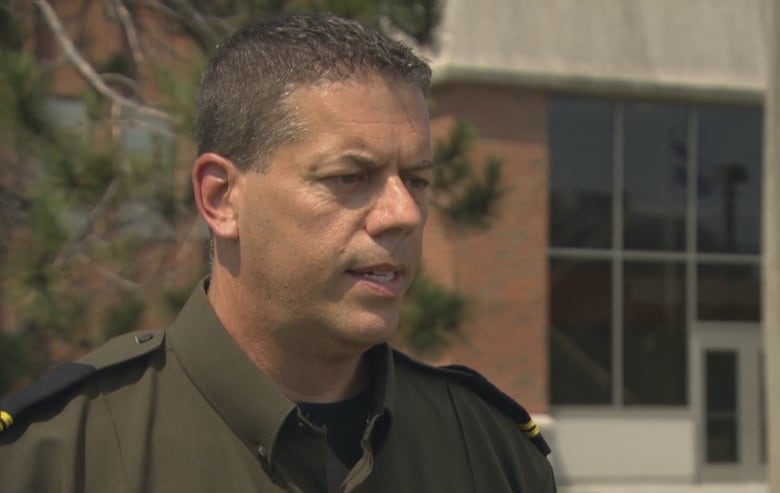 Marc Tessier with the Sûreté du Québec said police are looking for a man who was driving a red and white personal watercraft. (David Richard/Radio-Canada)

The woman was transported to an Ottawa hospital and is in critical but stable condition.

The driver of the watercraft fled the scene before police arrived.

Police describe the driver as an English speaking 40-year-old man with a tattoo on his left bicep. He is described as about five feet eight inches tall and weighs about 165 pounds. His vehicle was red and white, Tessier said.

Thinking Of upgrading your mobile phone?