News
Home›News›‘We can do it, too’: Ottawa-area couple ditches city life to live in a van by the ocean

‘We can do it, too’: Ottawa-area couple ditches city life to live in a van by the ocean

An Ottawa-area couple has ditched their already-tiny home to live in a van down by the Pacific Ocean.

Jen Rao and her partner Marc Charron from Chelsea, Que., made the major life change on New Year’s Day 2018 when they handed over the keys to their home and rolled away in an abode on wheels.

They’re now parked for most of the year in Squamish, B.C.

“This is a very, very small version of our last small house,” said Rao, who quit her job as a manager at Bridgehead in Ottawa and is now a self-employed consultant.

“The commute was just starting to get to me.”

Rao and Charron, who is a full-time musician, are minimalists, but the amount of time they were spending together before the big move was just too small.

“We saw other people [turning a van into a home] on YouTube and were like, ‘oh yeah, we can do it, too,'” said Rao.

The home has a name, Tessa, and fits Rao, Charron and their cat, Starla. 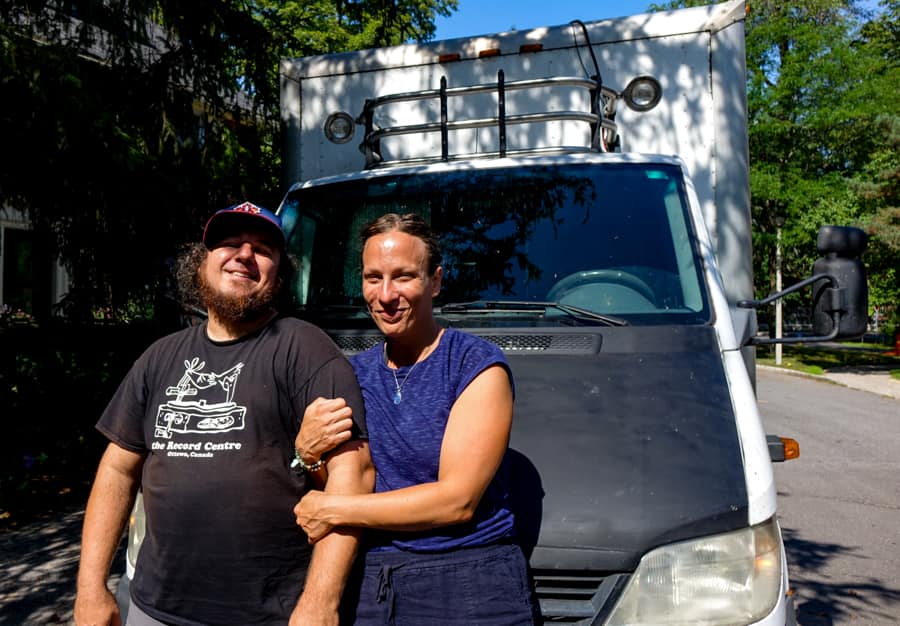 Jen Rao and her partner Marc Charron, from Chelsea, Que., ditched their home to live in a van by the Pacific Ocean. 2:23

Water comes from jugs. Gas comes from a five-pound propane tank that can last three weeks.

The fridge is a cooler, which also doubles as a seat.

The heat comes from a tiny wood stove, which “looks like a toy,” Rao said, but can heat the van for two hours.

The home is powered with 580 watts of solar panels on the roof and 200 amp hours of lithium-ion battery power, which creates an AC current like any home’s electricity.

The challenges are plentiful.

There is no running water to shower, for example, but a composting toilet means water isn’t necessary to go to the bathroom.

The last 19 months have been a learning experience, too.

The first night was an especially hard one, spent parked in Rao’s parents’ driveway in the dead of winter, running all night on diesel.

But this couple thrives on that adventure.

“It keeps us on our toes, but that’s actually a part of this … challenge that I really like. And some days I hate it because it’s really hard, but it always pays off in the end,” said Rao.

The home can also serve as a yoga studio, as well as a recording studio. Charron has recorded an album using the van’s solar power.

Freedom has been the true reward, they say.

Ottawa Morning
Couple trades house for van life.
We tour a van turned tiny home on wheels, and hear why the simple life is so appealing. 6:20

“I love being able to wake up without an alarm … Those are the moments where we’re like, ‘this is why we did it,'” said Rao.

“Everyone is always going to try and put other people into rules and settings and a structure and really, it’s just all made up.

“If you want to make up something different, you can.”

Today’s letters: Not everyone is a fan ...