Canadians can now get a snapshot of how the quality of health care in each province compares with other countries.

The Canadian Institute for Health Information (CIHI) launched a new interactive tool on Thursday that displays how provincial results stand up against the average for all member countries in the Organization for Economic Co-operation and Development (OECD) and those with developed economies.

In a companion report, CIHI said the results of the comparisons are mixed, with no province being consistently the best or worst on measures such as health spending, acute-care beds per 1,000 population and self-reported smoking, compared with OECD countries. 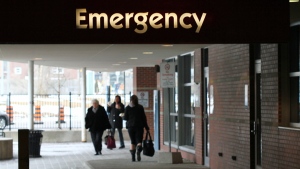 Canada performs well compared with other countries on several measures of effectiveness of care, such as avoidable admissions, but falls behind on patient expectations, a new report says.

“Canada performs well compared with other countries on several measures of effectiveness of care, including avoidable admissions, influenza vaccinations, cancer care and certain acute care outcomes,” such as the number
of deaths that occur in hospital within 30 days of being admitted for a heart attack.

“Canada falls behind other countries on measures of patient experience and safety,” such as having a doctor spend enough time during a consultation and preventing infections at surgical sites.

More Canadian mothers are injured by tears during childbirth without a C-section or help of forceps and other instruments than in many other OECD countries, CIHI said. About three women out of 100 experience a third- or fourth-degree tear when their babies are delivered without instruments, twice the OECD average of 1.6 per 100 births.

“Canada’s high rate may be due to many factors, including stricter follow-up procedures after childbirth,
which allows more of these incidents to be coded.”