The World’s Most Secretive Places

From an isolated Pacific island without running water to a James Bond-like spy base in England, these five places are practically off-limits to even the most curious travellers.

The most alluring things in life are often those that are off-limits. And as travellers, this means that we’re fascinated by places that we’re not allowed to visit. To locate some of these oh-so-tantalizing wonders, we turned to question-and-answer site Quora.

From an isolated Pacific island without running water to a James Bond-like spy base in England, here are five of the world’s most secretive places.

In such a Hollywood-inspired apocalyptic scenario, where does a hero go? Enter the Svalbard Global Seed Vault in Norway, humanity’s last stand against a global food crisis. 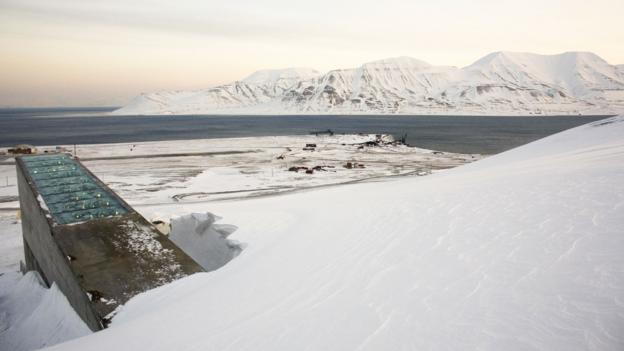 Located 120m inside a sandstone mountain on the Norwegian island of Spitsbergen in the remote Arctic Svalbard archipelago, 1,300km from the North Pole, the Svalbard Global Seed Vault is the most highly secured, robustly guarded seed bank in the world.

Opened in February 2008, the vault guards Earth’s crops against global catastrophe. With 250 million crop seeds from around the world packaged in special four-ply packets and heat-sealed to guard against moisture, it provides samples of seeds that may be lost due to accident, equipment failures, funding cuts and natural disasters. 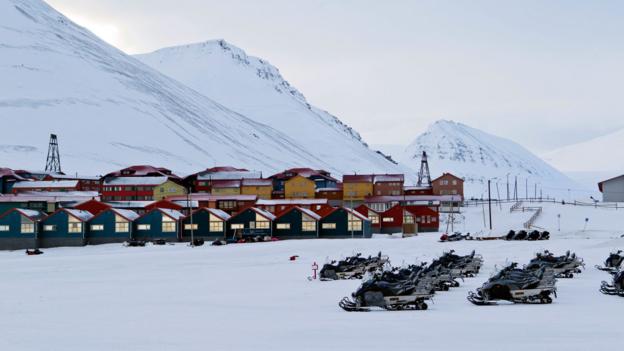 There’s a reason scientists chose Spitsbergen: the island isn’t rocked by tectonic activity, has preservation-boosting permafrost and is 130m above sea level, ensuring the site will remain dry – and the seeds safe – even if global warming causes ice caps to melt. So secure is Spitsbergen, in fact, that studies project seeds could survive there for hundreds, if not thousands, of years.

But, said Nargis Ansari, “unless you’re a designated researcher or plant breeder you’re not allowed inside the vault.”

Ni’ihau, the smallest inhabited Hawaiian island, may appear to be the ideal tropical escape – after all, it’s home to swaying palm trees, endangered animals and virtually no tourists – but it’s not. That’s because this 180sqkm Pacific island is off-limits to outsiders. 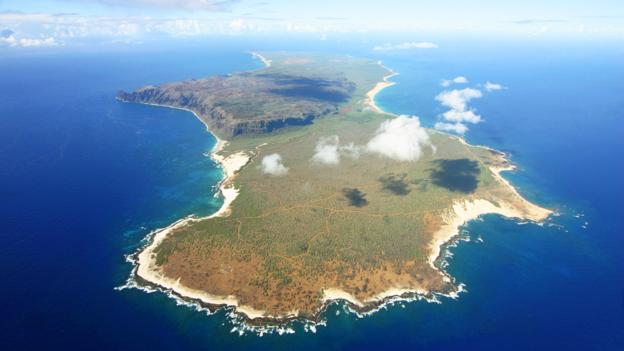 Sold by Hawaii’s King Kamehameha in 1863 to the prominent Robinson family – who were wealthy plantation owners – the island has outlawed outsiders since 1915. Life on the isolated island is unusual: its roughly 130 permanent inhabitants, who are Native Hawaiians, live rent-free, and do without paved roads, telephone services, plumbing, running water or stores. Horses and bicycles provide transportation, solar power provides electricity and barges deliver groceries from nearby Kaua’i.

The island has outlawed outsiders since 1915.

Though tiny, the island has played an outsize role in history. It was the site of the Ni’ihau Incident in 1941, when, following the attack on Pearl Harbor, a Japanese navy fighter pilot crashed on the island and terrorized its residents for a week. And in 1944, US president Franklin D Roosevelt considered Ni’ihau as a possible location for the United Nations headquarters. 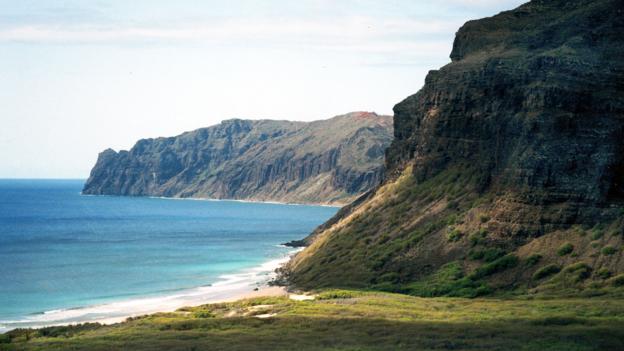 The coast of Ni’ihau (Credit: Wikipedia.org)

The island remains off limits today, wrote McEwan. “The Coast Guard patrols the island to ensure that no landings are attempted. No one is permitted to visit without an invitation from someone on the island.”

That said, there are ways for wily travellers to get a glimpse of the forbidden isle.

“In 1987, hunting tours of the island were offered, which involve receiving an invitation from the tour operator who lives on the island,” McEwan said. “Helicopter tours over the island or boat tours off the coast are the only other ways to get close.”

If James Bond had a secret bunker, this would be it. A military base in North Yorkshire, England, RAF Menwith Hill is believed to be the biggest electronic monitoring station in the world, intercepting communications to gather intelligence for the United Kingdom and the United States. 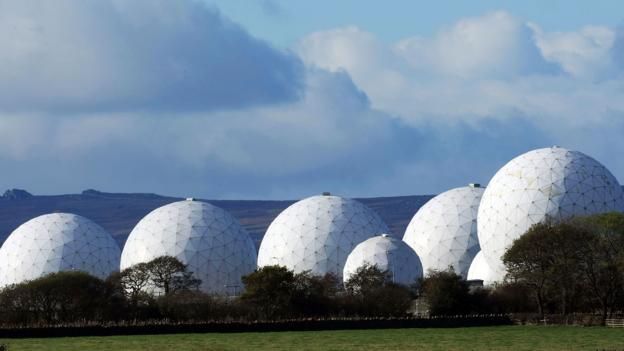 The top-secret base was built in 1954 to monitor the Soviet Union’s Cold War communications. No one knows for sure how the base is used today, but it allegedly investigates international terrorist actions and drug trades, and acts as a ground station for US satellites. It is also believed to have ties to ECHELON, also known as Five Eyes, the Bond-esque global spy network comprised of Australia, Canada, New Zealand, the UK and the US. Bad news for lovers of Bond and John Le Carre: There’s no way to see inside the inner workings of this real-life spy headquarters, said Quora user Alberta Adams. “The only people allowed to enter here are members of the NSA [the US’ National Security Agency] and ECHELON.”

Perhaps the most private library in the world, the Vatican Secret Archives is no ordinary library. It contains the personal documents of all the popes dating back to the 8th Century.

Closed to all non-Vatican figures until 1881, the archive keeps top-secret documents under lock and key, with a long and complex application process for those keen to access its secrets. 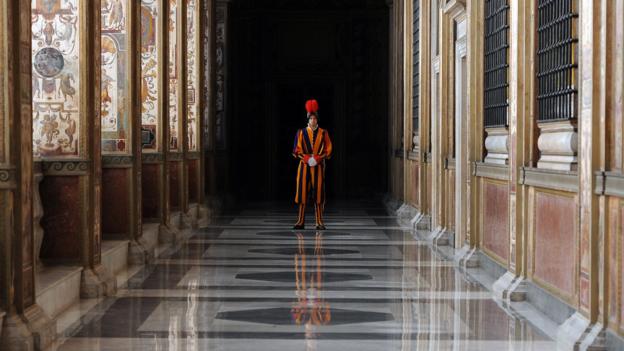 Only qualified scholars may apply for entry cards. Applications must include personal information about the scholar, the purpose of his or her research, and an introductory letter from an institute of research or a qualified scholar in historical research.

Even if a scholar is granted entry, the archives (considered the Pope’s personal property), are extensive: there are an estimated 85km of shelving containing more than 35,000 volumes, according Adams. 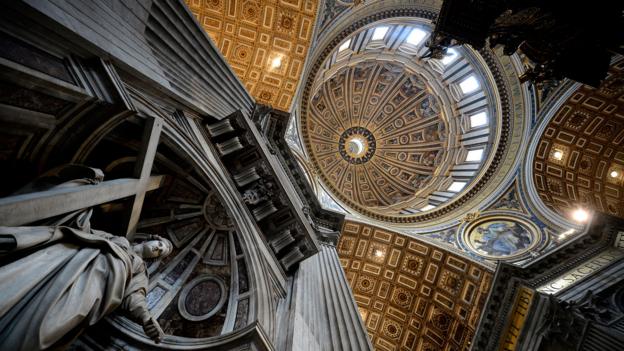 The dome of St Peter’s Basilica at the Vatican (Credit: Filippo Monteforte/AFP/Getty)

Among the archive’s historical treasures? The 1521 papal bull from Pope Leo X excommunicating Martin Luther and launching the Reformation; 14th-century transcripts from the trial of the Knights Templar; correspondence from Michelangelo (16th Century) and Abraham Lincoln (19th Century); and an 1198 papal bull calling for a Fourth Crusade to the Holy Land.

What happens in Vegas stays in Vegas. And the same could be said of a secretive site located some 80 miles to the north.

Area 51, a term first used in a Vietnam War-era CIA document, is a military base and airfield that’s known for keeping highly classified secrets of state. 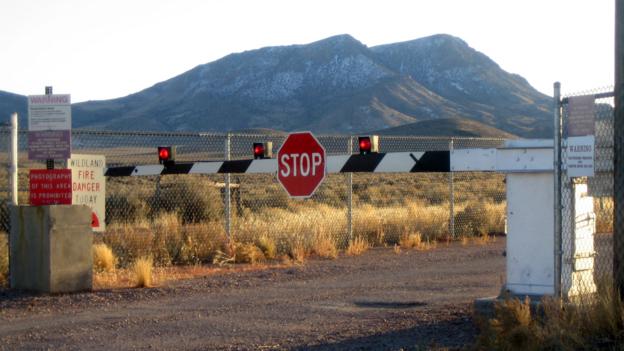 The back gate of Area 51 (Credit: Wikipedia.org)

What happens there? The CIA won’t give specifics, which is why the site’s purpose is rife with conspiracy theories, said Ranvijai Raji. Do they dissect crashed alien aircraft? Produce lasers or particle-beam weapons? Test experimental aircraft?

The truth is, we may never know for sure. All activity in Area 51 is considered top secret and access is strictly prohibited to outsiders. Though many people try.

If you liked this story, sign up for the weekly bbc.com features newsletter, called “If You Only Read 6 Things This Week”. A handpicked selection of stories from BBC Future, Earth, Culture, Capital, Travel and Autos, delivered to your inbox every Friday.

Can Canada Teach the Rest of Us ...