When he’s not fishing for squid or gardening outside his squat bungalow, the king of Tavolara lords over this tiny island’s 11 part-time residents and 100 nimble mountain goats.

Just south of Sardinia’s world-famous Costa Smeralda, the lonely island of Tavolara rises wildly from the cerulean sea like a jagged mountain. There are no roads or hotels, and the only inhabitable stretch is a white-sand tongue that’s best measured from end to end in steps.

This is where I found Antonio Bertoleoni as our ferry sputtered to a float. Better known as “Tonino”, the 83-year-old former fisherman owns Tavolara’s only restaurant and is the reigning ruler of the island, which happens to be the smallest inhabited kingdom in the world. For the past 22 years, Tonino has commanded this 5sqkm mini-monarchy in shorts and sandals.

“I’m probably the world’s most ordinary king,” Tonino said, burying his feet in the sand and looking toward his restaurant. “The only privilege I enjoy is free meals.”

The Kingdom of Tavolara is currently celebrating its 180th anniversary and actually predates Italy by 25 years. Forming your own island nation might sound like the kind of thing you’d dream up when you’re marooned in the Mediterranean, but the story began in 1807 when Tonino’s great-great-grandfather, Giuseppe Bertoleoni, became the then uninhabited island’s first settler. Described as a “half shepherd, half pirate” in the book Tavolara, Island of the Kings, the Genovese immigrant had recently married two sisters and was seeking a safe haven to escape his bigamy charge. 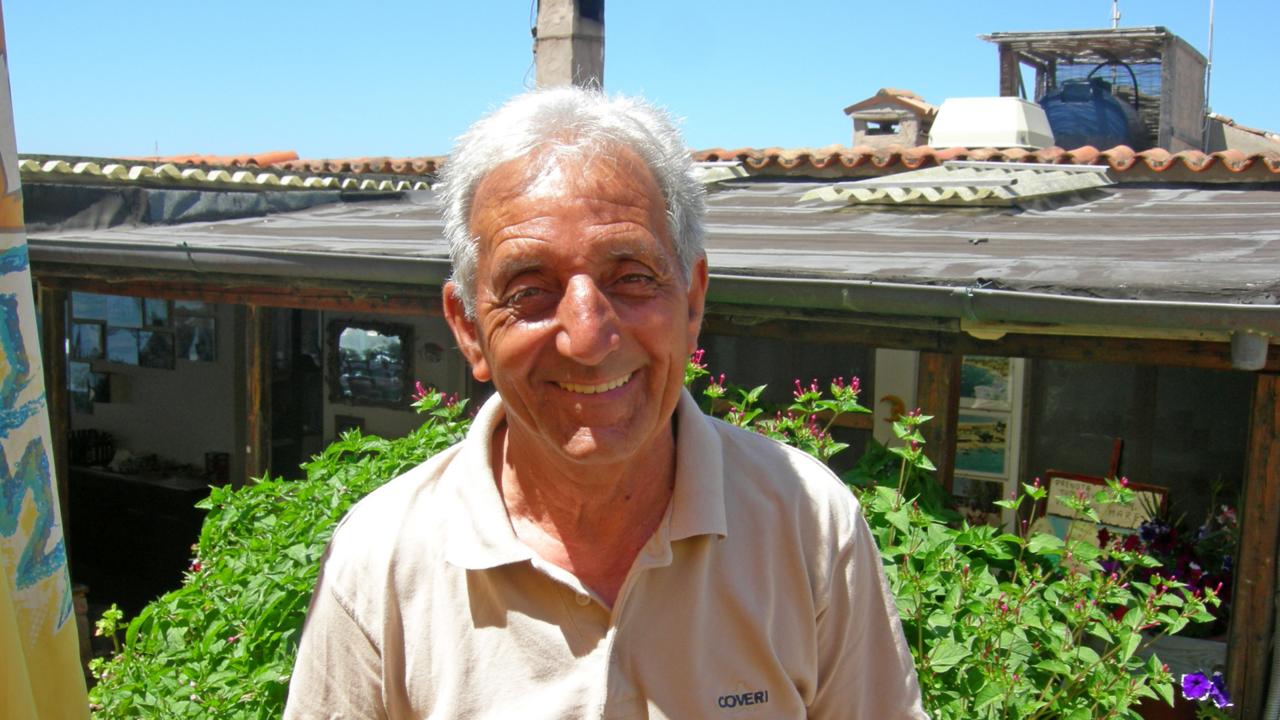 King Tonino outside of his restaurant (Credit: Riccardo Finelli)

Giuseppe and his small harem soon realised that they were sharing their island paradise with a rare species of wild goats whose teeth were dyed a golden-yellow colour by the seaweed and lichen they ate. Word of the gilt-toothed goats eventually spread to Sardinia’s ruler, Carlo Alberto, who eagerly travelled to Tavolara to hunt the animals in 1836. Giuseppe’s 24-year-old son, Paolo, guided the hunting excursions.

After killing several goats and feasting for three days at Paolo’s home, Carlo Alberto was so delighted that he said, “Paolo, you really are the King of Tavolara!” before sailing off, according to Tonino. Joking or not, Carlo Alberto later confirmed that the far-flung island had never officially been part of the Kingdom of Sardinia, and he sent Paolo a scroll from Carlo Alberto’s royal family, the House of Savoy, that certified the monarchy’s status. 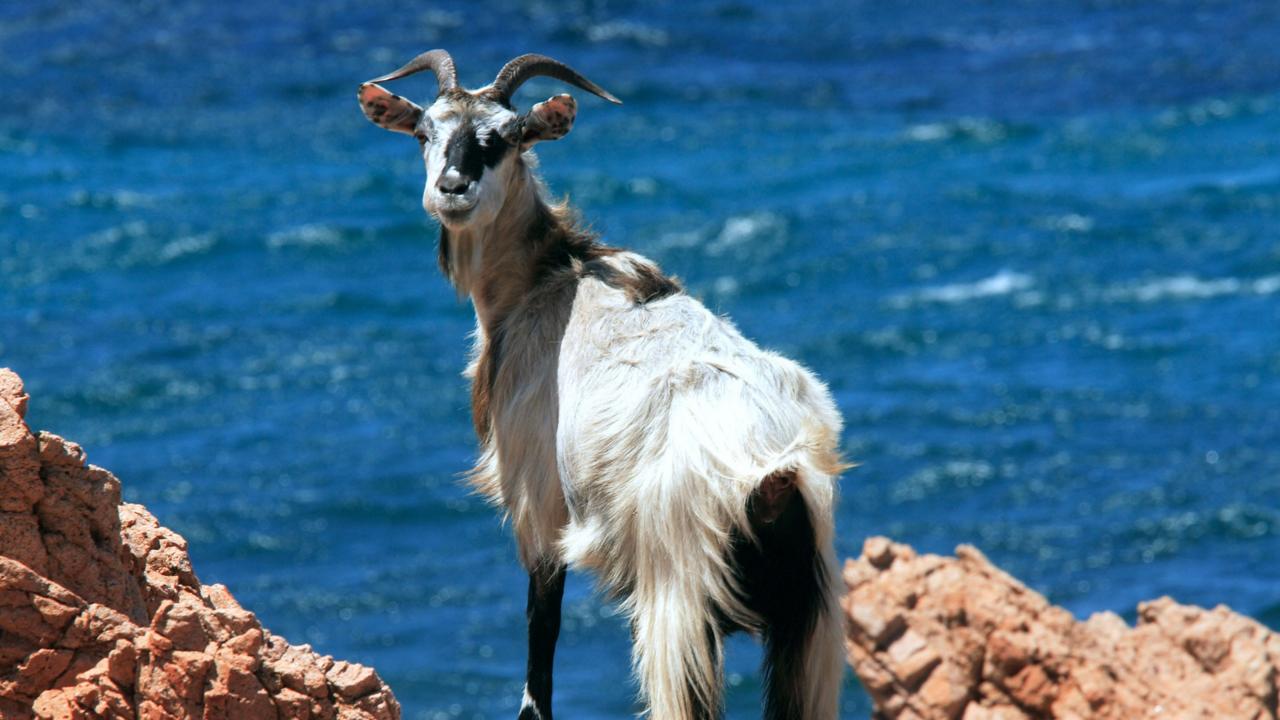 Paolo promptly created the Bertoleoni coat of arms and painted it on the wall of his home. He also drew a royal family tree and built a cemetery on the island for himself and his descendants. When he died, he insisted on being buried with a crown cemented atop his tombstone – something he never wore while alive.

In the years that followed, news of the island’s sovereignty spread beyond the Mediterranean, and tiny Tavolara even formed a handful of political allies.Giuseppe Garibaldi, one of Italy’s founding fathers, soon became a trusted advisor of the Bertoleoni family; and the King of Sardinia at the time, Vittorio Emanuele II, went so far as to sign a peace treaty with the stamp-sized island’s 33 residents in 1903. 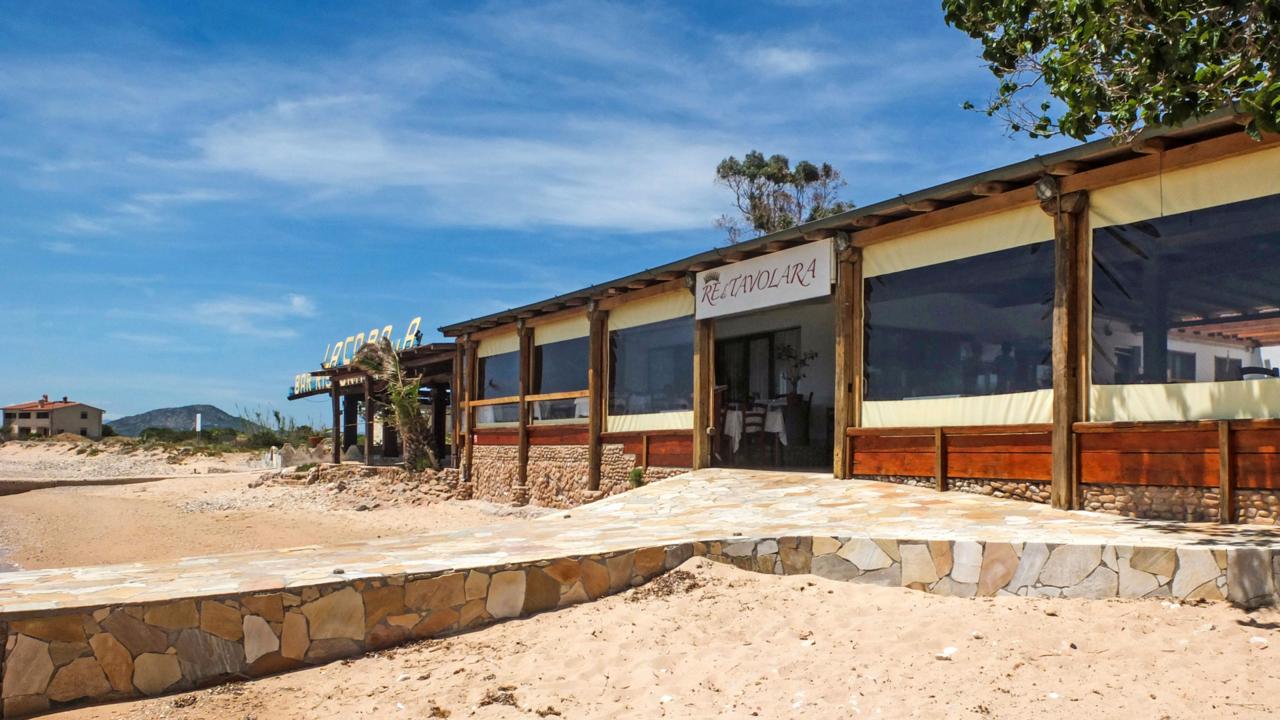 King Tonino’s restaurant is the only one on the island (Credit: Realy Easy Star/Alberto Maisto/Alamy)

While collecting photographs of world leaders, Queen Victoria commissioned a British naval vessel to stop by the island so that officers could photograph Tavolara’s “royal family”. For years, the gold-framed photo was displayed in Buckingham Palace with the caption “World’s Smallest Kingdom”. Today, a giant copy of it hangs in Tonino’s restaurant, which is appropriately called The King of Tavolara and adorned with the royal crest that King Paolo I first designed.

After 126 years, the installation of a NATO base in 1962 effectively ended the kingdom’s independence, and made a quarter of the island off-limits to its handful of residents. Yet, like San Marino, Tavolara has never been formally annexed into modern Italy, making Tonino the fifth king in a kingdom that the world no longer recognises.

These days, when he’s not fishing for squid or gardening outside his squat bungalow, his majesty lords over Tavolara’s 11 part-time residents, 100 nimble mountain goats and a few species of endangered falcons that live atop the island’s 565m limestone peak. For the past 40 years, Tonino has been personally escorting visitors to his family’s island palace – first by rowboat, and now via a 25-minute ferry that he operates from Porto San Paolo.

“My family may have had a beautiful past,” Tonino said in a soft voice, “but we work hard and live simply, just like everybody else.”

In fact, running the kingdom is very much a family business. While the king and his nephew, Nicola, captain the summer ferry, the prince and princess in waiting, Giuseppe and Loredana, now run the beachside restaurant. Giuseppe’s nephew, Antonio, wakes up early to go fishing every morning and supplies most of the clams, lobster and fish that fly out of the kitchen each afternoon and evening. 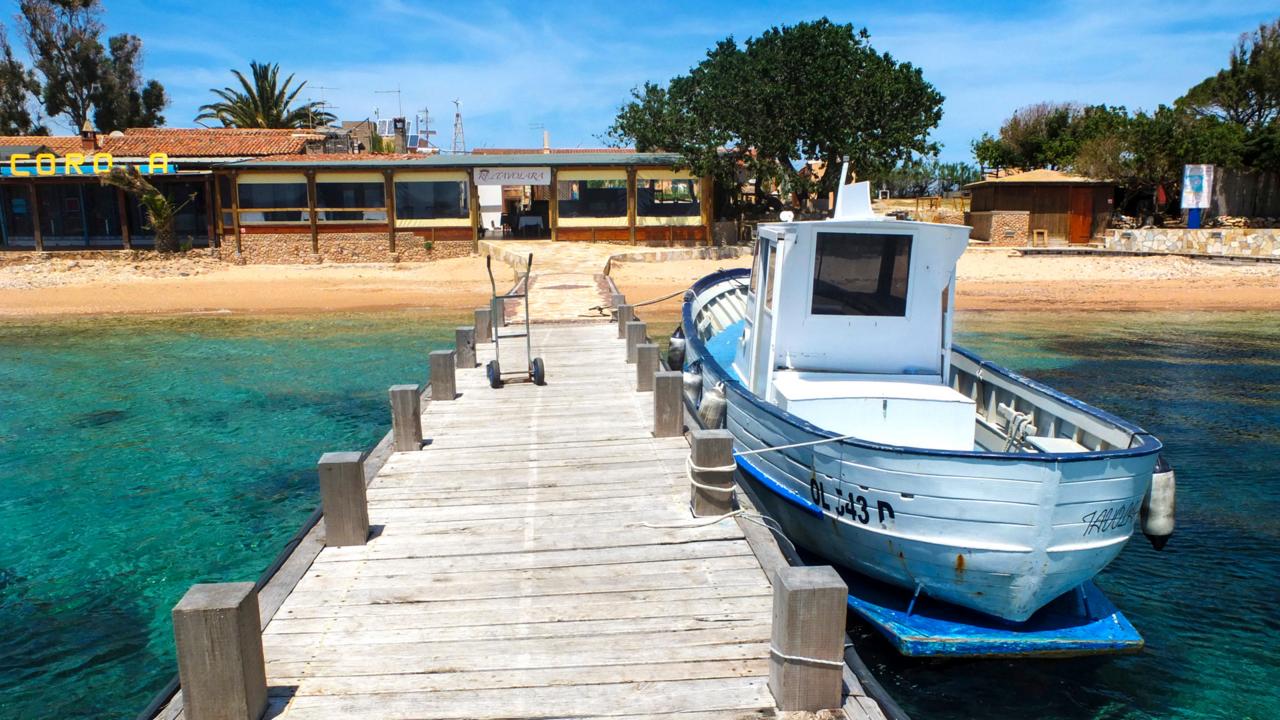 Thanks to a wave of tourism to the island, the kingdom’s GDP has been strong recently. Ironically, Tavolara is now the crown jewel in a protected Italian national marine reserve that has one of the highest levels of biomass in the Mediterranean. As a result, the island has quickly become one of the top diving destinations in Italy, with visitors flocking to swim with tortoises, sperm whales and basking sharks before coming up for air at the al fresco restaurant.

For me, it’s a privilege just to live here. Who needs a crown when you have a palace.

While Tonino still likes to greet guests as they come from the dock, his favourite part of the day is before the swell of sun worshippers and scuba enthusiasts descend on his empire. Just after dawn, he likes to walk past Tavolara’s handful of sunset-coloured homes and along a dusty path to visit the royal cemetery. Since King Paolo I passed in 1886, the plot has grown to hold every noble member of the kingdom – most recently Tonino’s wife, Queen Pompea, who passed away several years ago.

“I like to bring her plastic flowers,” Tonino said. “If I brought her fresh ones, the goats would just eat them.”

Like most of the Bertoleonis who came before him and the prince who will one day succeed him, Tonino is technically an Italian citizen. He once vowed to make an appeal to Vittorio Emanuele IV, the son of the last King of Italy and the self-proclaimed Duke of Savoy, for the royal family to once again recognise the Kingdom of Tavolara, but then had a change of heart.

“For me, it’s a privilege just to live here,” Tonino said, staring out past the dock at his emerald empire. “Who needs a crown when you have a palace?”

If you liked this story, sign up for the weekly bbc.com features newsletter, called “If You Only Read 6 Things This Week”. A handpicked selection of stories from BBC Future, Earth, Culture, Capital, Travel and Autos, delivered to your inbox every Friday.

The Most Expensive Coffee on Earth

The World’s Most Secretive Places