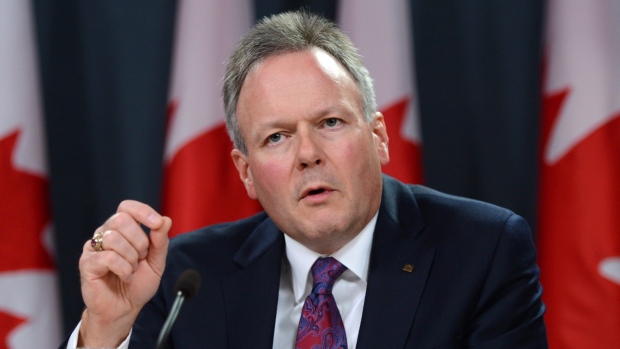 The Bank of Canada announced on January 22nd 2014 that it was keeping its trend-setting overnight lending rate at 1 per cent, where it has been held since September 2010.

Since the Bank’s last announcement in early December, inflation in Canada has moved even further below the Bank’s 2 per cent target. Moreover, the Bank indicated it is now expected to remain lower for even longer and not return to target for “about two years.”

The rising risk of lower inflation has been a theme since last fall. Since then, the Bank’s warnings about how rates will eventually rise have given way to a more neutral stance on where interest rates are headed next.

Low and still falling inflation could be used to justify an interest rate cut, but the Bank remains concerned about high household indebtedness and the potential for lower interest rates to fuel further debt accumulation.

Given the currently high level of household indebtedness and low inflation, the Bank still sees current interest rates as being at appropriate levels. Its next decision will hinge on economic trends over the next few months, particularly for inflation.

As of January 22nd, 2014, the advertised five-year lending rate stood at 5.34 per cent, unchanged from the previous Bank rate announcement on December 4th, 2013.

The next interest rate announcement will be on March 5th 2014.

What comes first, buying or selling?